Group Critical Illness Insurance with Aflac is a supplemental health benefit because it provides financial assistance to enhance your current medical coverage.

Review estate planning resources to help you plan ahead for your family's future.

The Group Critical Illness Insurance Plan  pays you, unless otherwise assigned, a lump-sum cash benefit, when you or a covered dependent are diagnosed with a covered critical illness. 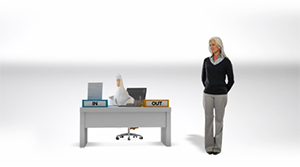 Even if you have health insurance, it might not be enough to cover costs associated with a covered medical condition — such as a heart attack. You could face unanticipated out-of-pocket expenses your medical plan doesn’t cover. Group Critical Illness Insurance can help with doctor bills, hospital stays and even some everyday living expenses if you’re dealing with a covered critical illness. This benefit provides supplemental coverage in the event of a covered medical condition so you can focus on recuperation instead of the distraction of out-of-pocket costs.

If you're eligible to participate, enroll:

See the Enrollment & Participation, and Who's Eligible to Participate sections below for additional details about when you can enroll and who is eligible to participate.

how to submit a claim

To file a claim for benefits, file online at www.aflac.com/chevron or to file by paper, follow the instructions on the form to submit your completed claim form and supporting documentation. If you need assistance, contact Aflac.

If you enroll in Group Critical Illness Insurance, you must designate your beneficiaries directly with Aflac on the Aflac Beneficiary Designation Form.

when you can enroll

If you’re eligible, you can enroll at any of the following times:

Your enrollment election continues from year to year unless you make a permitted election change.

You can make changes to this coverage only under the following circumstances:

You need to enroll to be covered by this benefit. Your coverage will begin as follows:

You must be actively at work on the date your coverage is to begin.

when you leave chevron

If you are enrolled in this coverage, your participation will end on the first of the month following your termination date.

who's eligible to participate

Except as described below, you’re generally eligible for this Plan if you’re considered by Chevron to be a common-law employee of Chevron Corporation or one of its subsidiaries that it has designated to participate in the Omnibus Health Care Plan and you meet all of the following qualifications:

However, you’re still not eligible if any of the following applies to you:

Chevron Corporation, in its sole discretion, determines your status as an eligible employee and whether you’re eligible for the plan. Subject to the plan’s administrative review procedures, Chevron Corporation’s determination is conclusive and binding.  If you have questions about your eligibility for this plan, you should contact the Chevron Human Resources Service Center.

To be eligible for coverage, when you enroll you’ll be required to attest to meeting certain eligibility requirements, including but not limited to:

When you enroll, you’ll be required to attest to meeting eligibility requirements.

Eligibility rules will be enforced at the time of a claim. See the Certificate of Insurance for further details about dependent eligibility.

Dependents Eligible to Participate
You can enroll a dependent child for coverage if the child is:

Dependents Not Eligible to Participate

Dependent Verification Process
You will be required to verify the eligibility of any new dependents you enroll in your Chevron health plans by completing the dependent verification process.

Incapacitated Dependent
Dependent children must be younger than age 26; however this limit will not apply to any insured dependent child who is incapable of self-sustaining employment due to mental or physical handicap and is chiefly dependent on a parent for support and maintenance. Proof of a child’s incapacity and dependency must be provided within 31 days after the date when coverage would normally end. Contact the HR Service Center to start the incapacitated dependent certification process in advance of your child turning age 26.

The summary plan descriptions (SPD) provides specific details about your benefits, such as eligibility, covered services and participation rules. If there recent updates to the SPD since the last publication date, look for the summary of material modification (SMM) included in the very front of the book.

The documents listed below are called a summary of material modification (SMM). An SMM explains recent updates to your plan that are not yet captured or updated in your summary plan description (SPD) since the last publication date. Be sure to review the SMM for an understanding of important plan updates.

Chevron is legally required to provide certain notices to plan participants. These notices are posted on this website for your reference.

The HR Service Center generally manages your enrollment in and eligibility for these plans (unless otherwise indicated below). For all other questions regarding your coverage, contact the insurer or administrator. The administrator and the insurer manage the administration of your plan — for example, claims, what's covered and what's not, certificates of insurance, and more.

Continental American Insurance Company (CAIC), a proud member of the Aflac family of insurers, is a wholly-owned subsidiary of Aflac Incorporated and underwrites group coverage. CAIC is not licensed to solicit business in New York, Guam, Puerto Rico, or the Virgin Islands. AGC1902412 IV (9/19)

This web page provides only certain highlights about changes of benefit provisions. It is not intended to be a complete explanation. If there are any discrepancies between this communication and the legal plan documents, the legal plan documents will prevail to the extent permitted by law. Oral statements about plan benefits are not binding on Chevron or the applicable plan. There are no vested rights with respect to Chevron health care plans or any company contributions towards the cost of such health care plans. Rather, Chevron Corporation reserves all rights, for any reason and at any time, to amend, change or terminate these plans or to change or eliminate the company contribution toward the cost of such plans. Such amendments, changes, terminations or eliminations may be applicable without regard to whether someone previously terminated employment with Chevron or previously was subject to a grandfathering provision. Some benefit plans and policies described in this document may be subject to collective bargaining and, therefore, may not apply to union-represented employees.

Here's where to get phone numbers and websites for all your benefits.